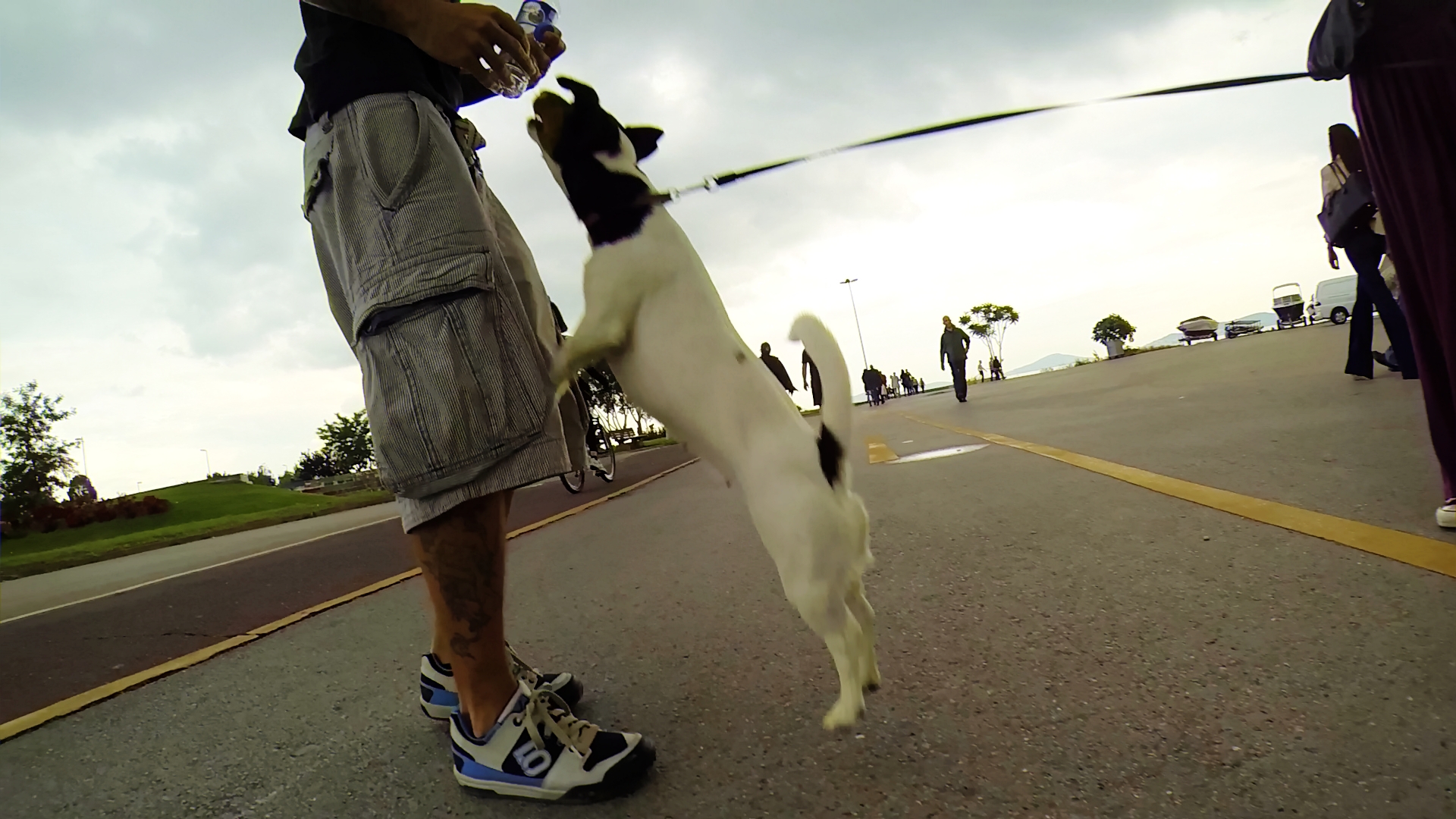 Why do dogs jump up?

By nature, a dog will always prefer to be close to the face, more precisely, the muzzle, of any other animal. The reasons being that they wish to know you and your breath says a lot about you especially to a dogs amazing sense of smell, also it tells them what you have been eating, and as pups their mom would regurgitate food for them. The position of the dog physically has bearing on his position within their family group. The higher they are, the higher their position. This does not relate to the height of a dog as a Jack Russell can just as easily be the top dog over much bigger dogs such as German Shepherds. In fact my dog Buddy GS Rotty X always gives way to smaller dogs thanks to him meeting my moms very feisty three year old Jack Russell when Buddy was eight months old. He was put in, and firmly kept, in his place.

Socially the reason most dogs jump up is excitement.

The way to stop this behaviour can be quite simply turning your back, folding your arms and giving the dog no attention, which means no speaking or touching, even pushing them down. Do this enough times and the dog will learn that nothing is gained from the behaviour. This behaviour can be a symptom of the dog not being given boundaries or his/her excitement level not being monitored. This behaviour often happens when returning to the dog from being out of the house/room or quite often any time there has been any kind of separation or the dog just wants attention. It has often been encouraged with affection ‘oh have you missed me’ or ‘you love me don’t you’ Although when the dog comes in from the garden with muddy paws it is received less favourably with ‘get down, oh look what you’ve done to my clothes’ and often with lots of pushing and repeated ‘down’ ‘stop it’ etc

This only leads to a very confused dog as he can not differentiate between circumstances. When leaving a dog it is important to do so without any fuss, just go, and the same when returning. Return with no fuss, give the dog no attention and that means not touching them, not talking to them, and not even looking at them. When the dog is calm and, crucially, NOT looking for attention that is the time to greet them calmly and for a short time. You can make up for it later, after you have done what you need to do and it’s time for you and your dog to share some time. It should be on your terms and not demanded from you, by your dog.